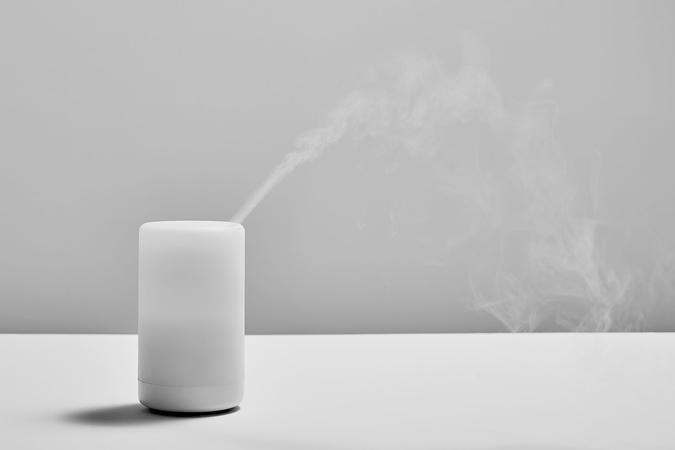 I DON’T THINK WE COULD EVER BEAT A WONKY PIECE OF POTTERY MADE BY A CHILD. MORE THAN ANY OTHER, THAT OBJECT HAS THE RECEPTIVENESS TO HOLD ALL THE EMOTIONS AND IDEAS POURED INTO IT. Kenya Hara is a rare man, and his rhetoric is as exquisitely formed as his designs. His ethos at Muji, where he has been art director since 2002, is to render an object beautiful by pruning away anything extraneous or unnecessary. It’s a concept that also governs his speech, so that when he answers a question about an egg or a spoon, he discards the obvious or dull, and becomes a metaphysical poet rather than a designer. He uses phrases like “providence of nature,” and “emptiness is richer than fullness,” and “peace of the senses” with a calm, assured composure. If Kenya Hara were an object, he’d be a Muji notebook: full of purpose, integrity, and restraint, and brimming with promise. Muji products are instantly recognisable – no mean feat when the name itself means ‘no brand’. It is a shortened version of the original Mujirushi Ryōhin or ‘no brand quality goods’. The company avoids advertising and marketing, its designers remain anonymous, and packaging is kept to a minimum. I visited a Muji store this morning, still seeking a precise answer as to why it’s so successful. I was charmed by the sight of a middle aged man standing by a row of plain, white aroma diffusers, which, when plugged in, pour out a sinuous, misty fog of scent. The man walked back and forth, cupping his hands around the perfumed vapour trickling from each cylinder, and greedily scooped it into his nose, smiling all the while. It seemed to me that he encapsulated perfectly the effect of Muji: its philosophy insinuates itself to the point that buyers don’t so much make a financial transaction as a spiritual one. They really do inhale the mist. Kenya Hara is revered in Japan, and his schedule seems oddly hectic for a man wedded to simplicity. Our conversation was conducted back and forth between Oxford and Tokyo. I wrote to him in English, he replied to me in Japanese. I was mesmerised by his beautiful, serpentine script that was both impenetrable and captivating. Like the man inhaling the perfume in the Muji store, I tried to imbibe meaning from the beautiful Japanese characters (don’t panic – once I’d got over my fixation, I relied on a translator). I’ve noticed that over the years, Kenya Hara has returned endlessly to the concept of emptiness. In many cultures, emptiness is a pejorative term, but not to him: “Emptiness – irrespective of who uses it and how – is the pursuit of ultimate freedom. When an object is empty, it is ready to receive any image or use. Take two knives. One is a Henckels knife from Germany. The other is a Japanese yanagiba sushi knife. The Henckels knife is ergonomically designed, so that when you hold the handle, your thumb naturally finds its place. It’s very easy to hold and use. Meanwhile, the handle of the yanagiba is a wooden rod, simple and plain. The handle doesn’t instruct you where to hold it, so you can hold it anywhere, and in any way you wish. This simple and plain handle receives all the incredible technique of the Japanese sushi chef. The Henckels knife is simple, but the yanagiba is empty. They are both wonderful, but there is a difference.”

There’s no expectation that Muji’s customers should be aware of any of the philosophy behind the design process, but as they chop their way through chunks of tuna and salmon, they may start to notice that the ‘empty’ object is affecting the way they cut. At this point, notes Kenya Hara, “they have reached a profound understanding.” Not bad for a simple knife with a rod for a handle.

For a man so fixated on design, it would be easy to assume that Kenya Hara is prescriptive in his tastes. There is, however, a touching, sentimental side to him, too. As he says, when it comes to ‘perfect’ objects, “I don’t think we could ever beat a wonky piece of pottery made by a child. More than any other, that object has the receptiveness to hold all the emotions and ideas poured into it. The power of design is the receptiveness that can contain the diversity of human ideas.” It is, of course, another version of his love affair with emptiness.

It seems that he may be moving towards his own form of emptiness, the concept that concerns him so much. When I asked him if good taste has any role to play in design choices, he suggested that nothingness is the only goal to aim for in the end. “First of all, designers need to know what kind of taste they have themselves. If they don’t nail their colours to the mast for themselves first, neither they nor the world will know who they are as a creator. Personally, from when I was young, I had many chances to employ my creativity by making things. But with time and experience, that has shifted to minimal and empty objects. I think the colours on my mast are becoming white with nothing written on them.” One of Kenya Hara’s more contentious views concerns culture. Globalisation is so familiar to us now that to many people, it’s become a kind of default. Not to Kenya Hara: “Culture is a local thing. There is no such thing as ‘global culture’. Culture is about the wonderful things that flourish in the place where we happen to be born. When I first became responsible for Muji, I thought about it this way: if the idea for Muji had been born in Germany, what kind of Muji would have been born? Or how about China? Or Poland? That sort of imagining is beneficial to the natural development of Muji, I think, because Muji isn’t bound by Japan’s special traditions, not does it actually embody those traditional forms and styles. Having said that, the concept of simplicity being able to surpass luxury (or, to put it another way, emptiness being richer than fullness because it is able to receive more) comes from Japan’s traditional aesthetics. Muji tries to improve on that, and present it in a global context … The world is a rich place precisely because different cultures with their own different colours shine, clash with each other, and sound off each other. I don’t think you can call it progress when Chinese people eat the same quality peperoncino as Italians, or Australians use Northern European saunas. Tradition isn’t just old things; it is a country or region’s great resource for the future.” The future clearly concerns him. He confesses that artificial intelligence worries him, and he believes that humanity is entering an alarming new phase of what he calls “pre-history” in which “we cannot see what will happen next.” We live in anxious times, when much of what concerns us seems far removed from the world of art, design, and branding. I was curious to know how Kenya Hara could reconcile his focus on how things look with some of the existential crises of the moment: terrorism, alienation, climate change, migration, pollution. Far from dismissing design to the sidelines, however, he believes that it has a central role to play. “Design is an intellectual exercise that upholds values one might call ‘the peace of the senses’. Even when economic systems or cultures are different, I believe that as humans, we share something we all experience, which you can call ‘surface’. If we can remind humanity of this shared surface, which we call experience, maybe the world can be as one. The role of design is not to surprise, or draw people’s attention with novelty. It is to give humanity a chance to notice the wisdom accumulated over the ages that is hidden in all sorts of things … I believe that the act of noticing that is to touch the shared surface of humanity, and leads to understanding, or a peace of the senses.”

So much of Kenya Hara’s design ethos seems to focus on the idea of receptiveness, of wanting to listen, of being brandless. Yet, he also likes to educate and guide. I asked him if design isn’t always prescriptive in the end, and, if that’s the case, how can any design truly be ‘empty’? His answer was, as I had come to expect, delightfully unexpected: “A city is not made by commissioning wonderfully talented architects. Instead, a city results from the competing desires of a large number of people … When people stop dropping litter, or spitting on the street, the city moves forward a step. When graffiti disappears, broken streetlights aren’t left unfixed, and public toilets start to stay clean by themselves, the city has moved one step closer to sophistication. Design can educate people’s desires and help cities grow in that way. This is not a dogma. Rather it is the ability to help people notice something special: like the instant when they use an unpatterned towel made from a material with a pleasant feel.” The capacity to define our shared ‘surface’ via a fluffy towel is a classic piece of Kenya Hara rhetoric: bring meaning to the general by reference to the specific and vice versa. In that context, I wanted to know which single object or design brings him the greatest contentment. His answer? An onigiri or rice ball. “It’s made by steaming rice, gently patting it into shape, and including a sour or piquant ingredient called gu in the centre, such as pickled plum or salted salmon … Whenever I hold an onigiri, without fail, it makes me happy.” How can you not love the restraint of a man who could have chosen a Le Corbusier chair, or the Guggenheim Museum, or Concorde, but chose a small ball of rice instead?